Snakes are tricky animals but on the photoshoot "sniki" was moving quite slow so I was able to sort of anticipate his moves a little, not all the time though!

I like symbolism and the concept for this photograph was to depict a non-conformist, modernised version of Adam fully embracing his freedom.

I also wanted to emphasize the humain/animal nature with the bond between the "hipster" man, regarded as being outside the cultural mainstream and the serpent (portrayed in the Bible as a deceptive creature or trickster, who promotes as good what God had forbidden).

It took many shots to create that photograph...
The whispering effect was just what I was looking for! 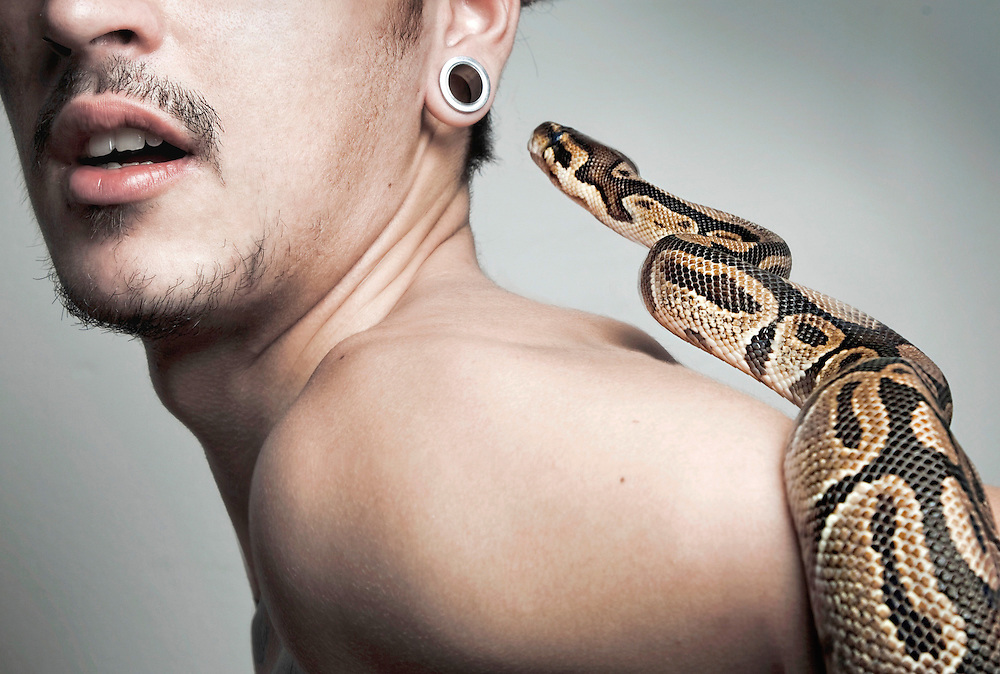